I’m hosting Flannel Friday this week so wanted to create something for the round up!

Awhile ago I made a set of Aliens to go with my Outer Space Set. I love them and the kids think they are silly, so I’ve been meaning to make a set of sea monsters I could use with my Ocean Set.

I loved that my aliens all had different number of eyes, so I wanted to duplicate that with the sea monsters, but instead of the mostly straight lines and angles, I wanted to have all rounded curvy shapes for squishy sea creatures.

So here they are! 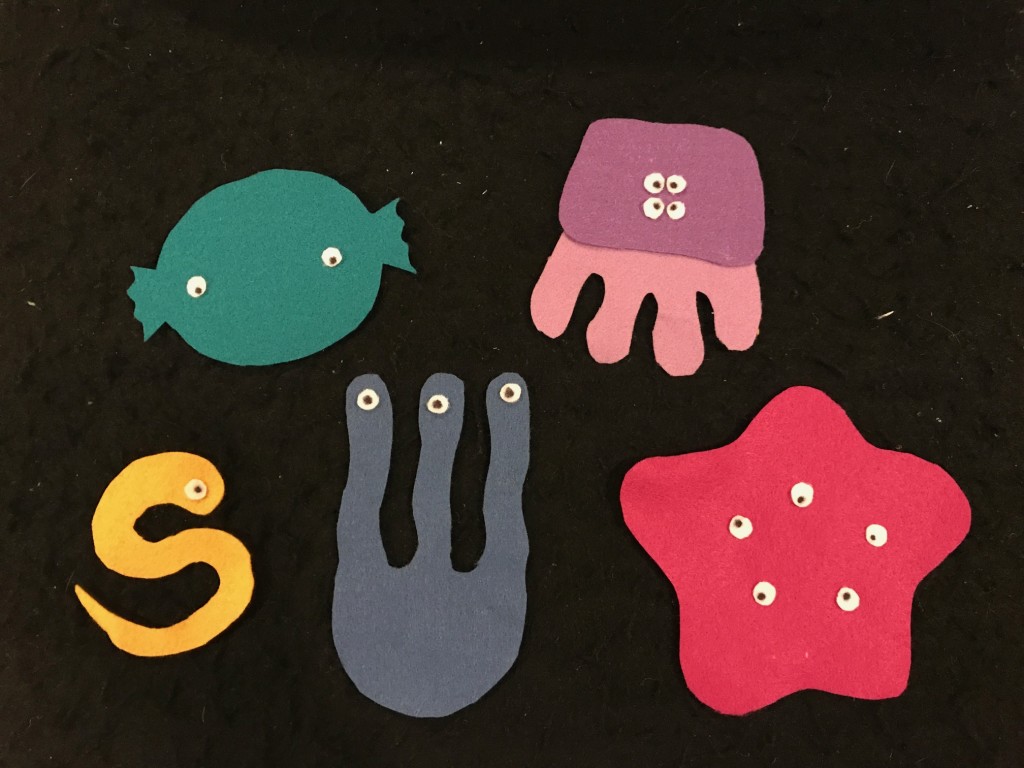 I will probably sing this:

“One monster went out to play
In the ocean waves one day
It had such enormous fun
That it called for another sea monster to come.

I have the round up over here!