Today’s program for the After School kids was all Mo all the time! Here’s what we did today:

First, we read 5 Mo Willems books while they were munching on their popcorn.
Naked Mole Rat Gets Dressed
Don’t Let the Pigeon Drive the Bus
I Am Invited to a Party
Knuffle Bunny
There Is a Bird On Your Head

Next we did the Bird On Your Head Walk!

Thanks to Miss Wincy for this idea. We put egg shakers into pipe cleaner nests and had the kids walk with them on their heads. 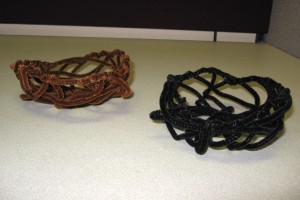 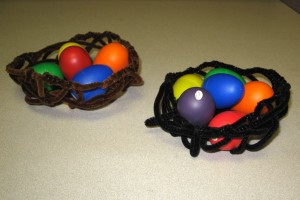 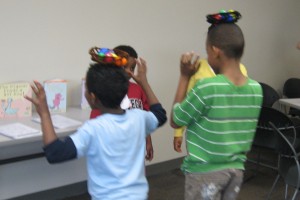 It was a simple idea, but everyone wanted to do it over and over again.

Then we played the Party game. My 11- and 8-year-old girls came up with the basic idea for this…I am so lucky that they think it’s fun to help me!

I gathered a bunch of items, such as a St Patrick’s Day hat, Mardi Gras necklaces, a baseball cap, a hockey jersey, a whisk, a book, an old camera, a backpack, fuzzy slippers, a witch’s hat, just stuff from our dress-up box at home. Then I made invitations that said, “You are invited to a HOCKEY BAKING party!” or “You are invited to a BASEBALL SLEEPOVER party!” I gave the invitations to the kids, one by one. They read the invites but they didn’t show anyone else, then went to the prop box, where Miss Bridget was waiting to help them choose what to wear. It was very cool–they considered for a long time to make sure they had just the right things. They also were pretty imaginative in their choices: one boy chose the bandanna for a cowboy prop, but then he also picked up the jump rope and made it into his lasso. Anyway, once they were dressed up, then we had to guess what kind of party they were going to, and when we guessed, it was the next kid’s turn to dress up. This worked out well (except for the boys who had trouble waiting their turn to get their hands on all those props!). I had originally thought of this as a relay race, but doing it more like charades helped keep the lid on the chaos. 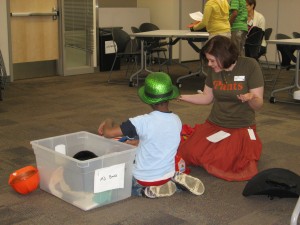 (PS: In the background of this photo, you can see a couple of the kids working on their homework with an adult volunteer.)

After the games, we had 3 paper-based projects for the kids to work on.

The Pigeon Presents! Stuff for Grown-Ups page of Mo Willems’ site has party and storytime kits with lots of printables and ideas.

Here’s what we did:

Make Your Own Pigeon Book

I made a front cover for a new pigeon book 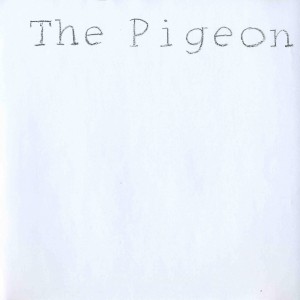 I gave the kids a “Write Like the Pigeon” sheet 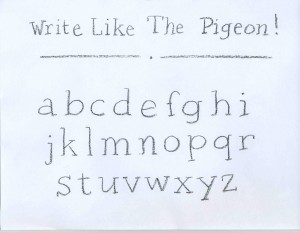 and we printed out the How to Draw the Pigeon page from The Pigeon Wants a Puppy! Event Kit. They could make up their own pigeon story and illustrate it, add more words to the title on the cover, whatever they wanted. 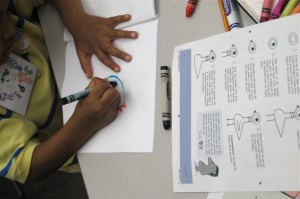 I went to Flikr and found black-and-white images that were in the “okay to remix” Attribution Creative Commons license area. These images are okay to use and adapt as long as you give credit to the photographer. Here’s a few I used:

I printed these out, and gave the kids white paper, scissors, pencils, and glue so they could add their own cartoons and make their own Knuffle Bunny-style pictures. 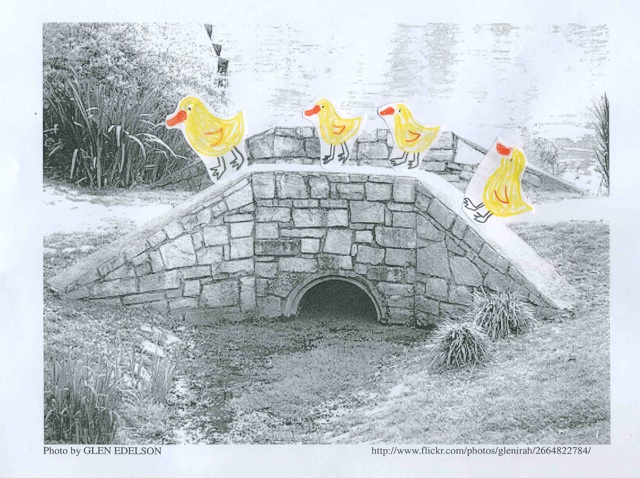 …because nobody else wanted to do this! They were all working on Naked Mole Rat Paper Dolls. 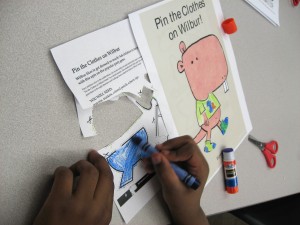 What was pretty funny was that the boys were mostly not interested in doing the paper stuff. They wanted to dress up in the props for the party game… 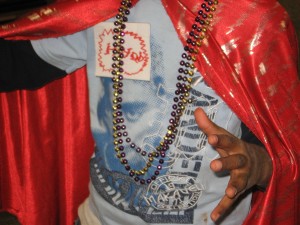 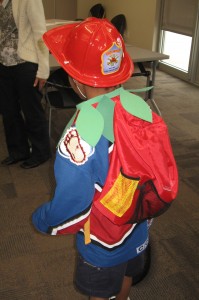 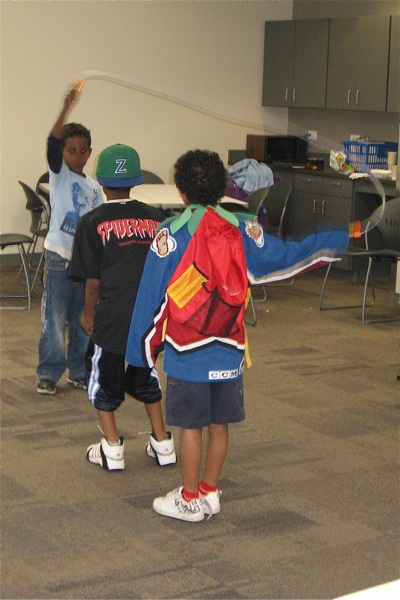