Your 2 Cents Are Worth a Million Bucks 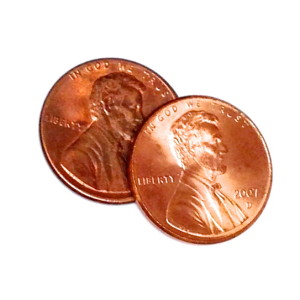 Anne wrote a post on developing a Professional Learning Network for Storytime Underground that brought tears to my eyes. Partly because I am so gratified to have had the opportunity to play even a small part in her journey as a children’s librarian, just as she and so many others have played a part in my own. But mostly because it so well reflected my own experience on what a long, slow, changeable process it has been to create a vibrant and valuable set of connections among my colleagues and my peers. And it’s not necessarily a smooth or linear process, either. Nor does it happen in the same way for everyone, or employ the same tools. As I’ve followed the conversation online today I’ve decided there are two things I would like to speak to.

One thing I’d put out there is that there’s no one right way to do all this. I’ve been on Twitter for going on 6 years and my current patterns of interaction look nothing like those of my first few months. As a resource, I use my blogging network a lot more and listservs a lot less than I did five years ago. This is what works for me at the moment. I would hate for someone to look at my activity and think, “I’m not doing it that way, I must be doing it wrong.” There are LOTS of places to build networks: on Twitter, through blogs, in listservs, in committees, at your workplace. There are lots of legitimate ways to use EACH of those networks: My husband has 240 tweets and I have 24,000 tweets and we’ve both been on Twitter the same amount of time and we’re BOTH using Twitter appropriately and well.

The second thing is that getting started in networking doesn’t have to be all-or-nothing. You don’t have to be instantaneously be 100% present and visible in every group 24/7. Online, I have people I just follow, and other people with whom I have conversations. Or I might respond to someone’s baby storytime tweets or blog posts, but not their teen advisory group thoughts. Or maybe I will respond during the day to work-type topics and on the weekend to baking and Twizzler-related posts. There are choices offline, as well: you might to volunteer for a short-term project for an advocacy group rather than a 3-year stint on a state library committee.

It’s also not an all-or-nothing situation because you don’t have to “Have An Idea” or “Craft a Brilliant Thought” before you can add your 2c to whatever network you’re in. The act of responding to someone else’s thoughts or questions is SO CRITICAL because so many ideas are created or refined IN conversation, and in the give and take between two or more minds. Your reply might be just the thing that was needed to hit the spark that becomes a new program or service or strategy. And I know that the more I responded to those kind of conversations myself, the easier it became for me to put my half-baked wild-hair what-if thoughts out there and take that first step to providing something for someone else to respond to. EVERYONE has experience–whether a lot or a little doesn’t really matter–and that experience automatically qualifies you as someone with something of value to contribute.

By which I mean, if you’re more comfortable lurking, or if lurking meets your goals, by all means lurk. But don’t lurk because you don’t want to participate the exact way someone else is participating. You can step in your own way. And don’t lurk–in person or online–because you think you don’t count. You do.

1 Response to Your 2 Cents Are Worth a Million Bucks